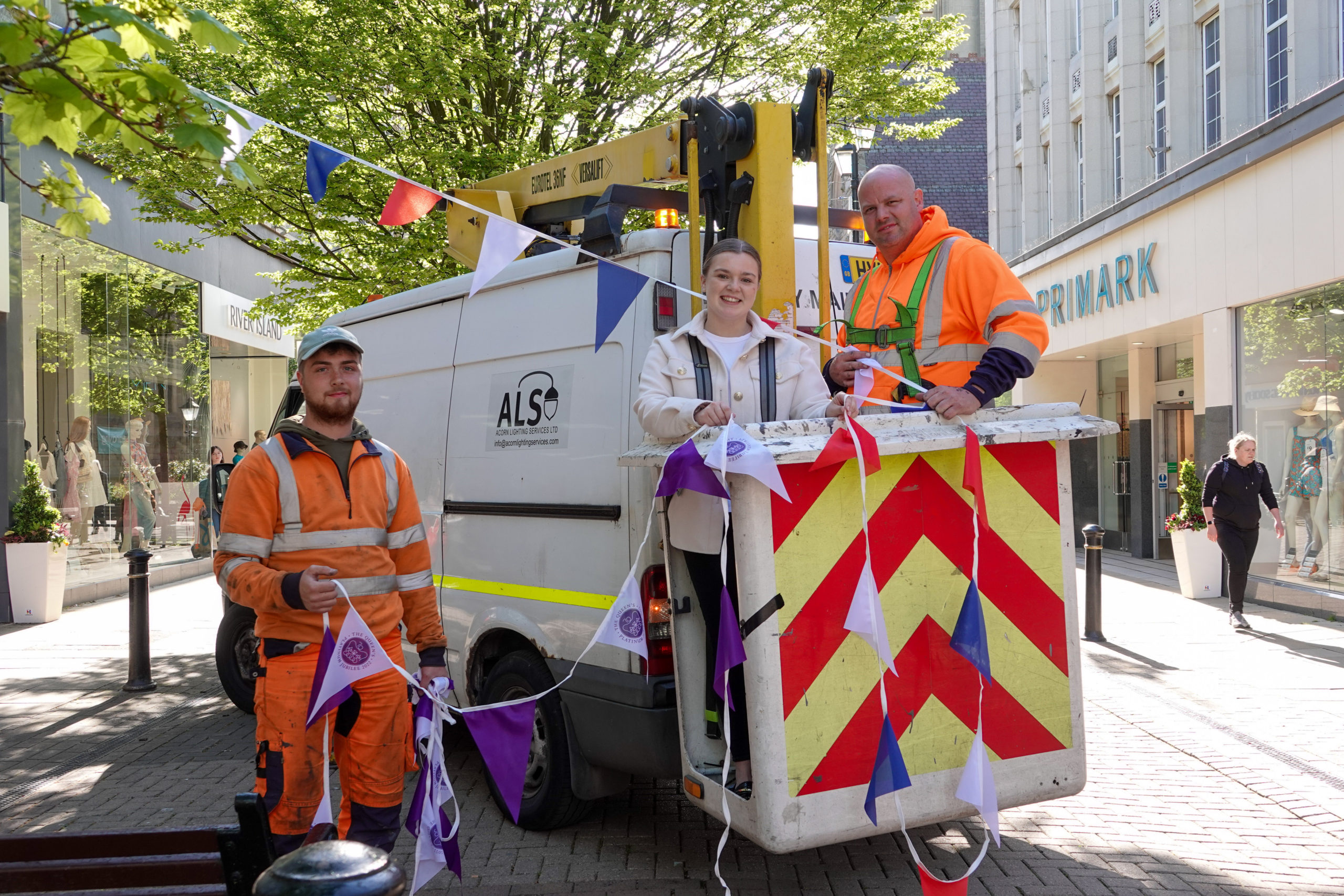 The countdown to Harrogate’s Queen’s Platinum Jubilee celebrations has started, with streets across the town centre being adorned with bunting.

Harrogate BID has purchased 4km of colourful and patriotic bunting – a proportion of which has been funded by Harrogate Borough Council’s Welcome Back Fund – to help mark the monarch’s magnificent milestone.

And with whatever is left over, businesses within the levy area can also benefit from 10m strips free of charge.

The streets that the BID has dressed in a mixture of red, white and blue, various colours and ‘jubilee purple’ are:

In addition to the colourful flags, Harrogate BID has teamed up with Destination Harrogate and Your Harrogate to create ‘Jubilee Square’ on part of The Stray – the perfect place to picnic with family and friends while enjoying the ceremonial celebrations of the Jubilee in the outdoors.

This dedicated area, adjacent to The Yorkshire Hotel on West Park, will feature a large stage and video screens to broadcast the Queen’s Birthday Parade, Platinum Party at the Palace and other Royal events from Central London.

Over the course of the four-day holiday, it will also be home to a plethora of live entertainment, including a Harrogate Mastermind Quiz, dog show, live music and family-friendly films. Six sets of BID street entertainers will also be performing across the four days in Harrogate town centre.

“And whatever bunting is left over, we have separated into 10m strips for businesses from within the BID levy area to put up outside their premises free of charge.

“In the next week or so, the hanging baskets with red, white and blue flowers, will also start appearing, giving the town a colourful, floral lift.

“We are really looking forward to the Jubilee celebrations. It’s going to be a great four days and Harrogate town centre will be live with entertainment for the whole family.”