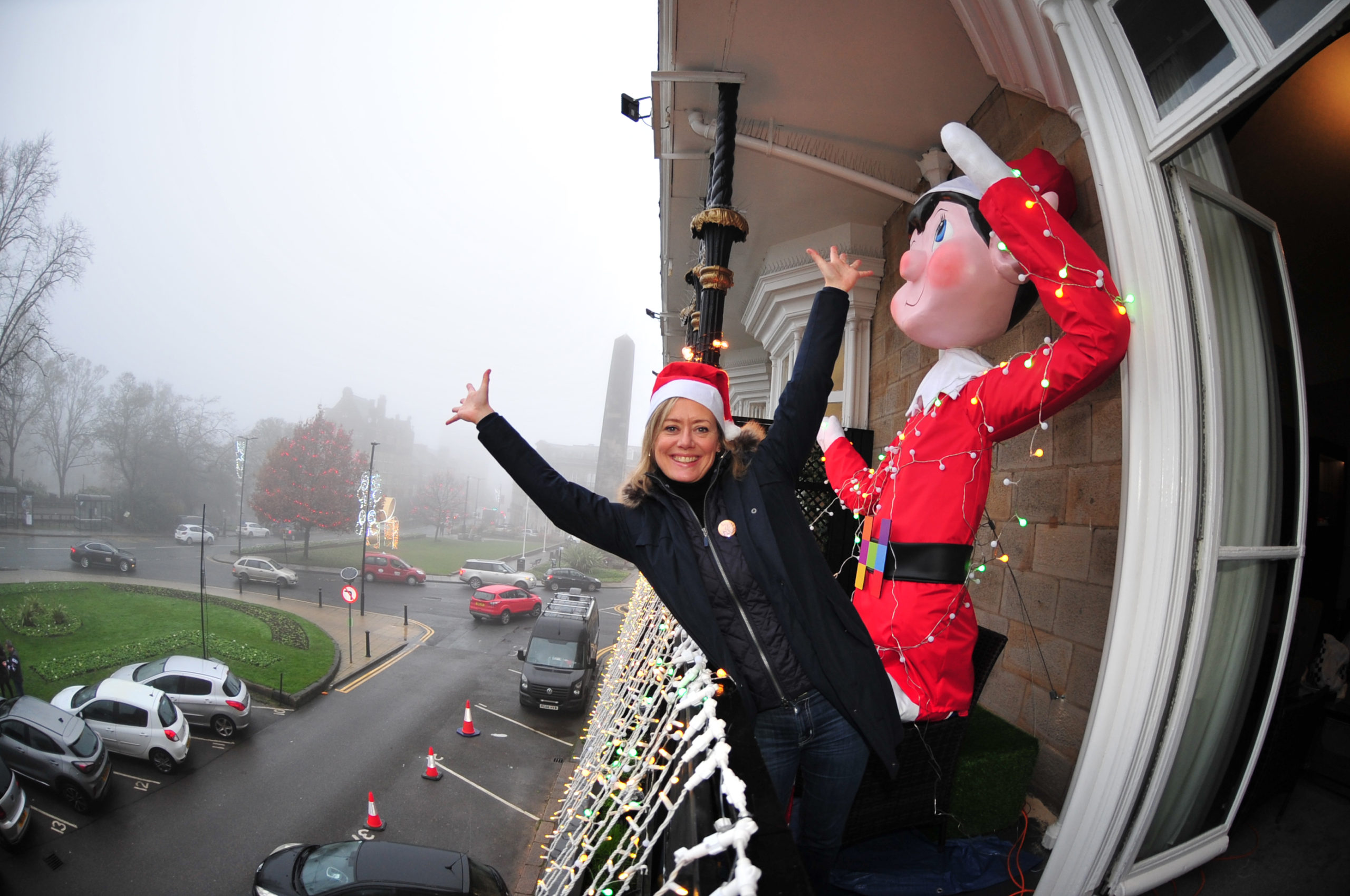 A “naughty elf” has made his first appearance in Harrogate town centre,  when he tried to improve a hotel’s Christmas lights, with chaotic consequences!

The 4m (12ft) model is the final element of Harrogate Business Improvement District’s (BID) festive campaign to bring people into the heart of the spa town’s retail centre during the run up to Christmas.

For a total of nine days, Harry the Harrogate Elf will be appearing at various town centre locations, including shop windows and outdoor locations, where there will be plenty of opportunity to see him in safety.

Whilst each venue is being kept under wraps until the day itself, one thing that will be abundantly clear is each of his adventures will bring a smile to the faces of those who see him.

Plenty of clues to his daily whereabouts will be posted on Harrogate BID’s social media channels, using the hashtag #HarrogateElf .

Harry the Harrogate Elf is an integral part of Harrogate BID’s ‘Christmas in Harrogate’ campaign, which includes the Christmas Lights, free bus travel and parking, children-friendly trails and the North Pole Post Office.

Sara Ferguson, Harrogate BID Acting Chair, said: “We hope Harry the Harrogate ELF will bring masses of Christmas cheer to Harrogate and put the smiles back on many faces, both young and old.

“We always wanted to do something spectacular this December, but Covid made planning especially tricky. On a number of different occasions, we were even contemplating ‘shelving this elf’ until Christmas 2021.

“However, we persevered, and I’m delighted to say Harry the Harrogate Elf’s first adventure has been unveiled today. I’d like to thank all the town centre businesses who have agreed to partner us in these events, and for keeping it under wraps!

“We want as many people to come and see Harry on his adventures, and because these will be taking place over nine days, there is no need to rush to see him during the first weekend. Clearly social distancing needs to be observed at all times, and we politely ask all those who come to see him to respect the measures in place.”

Further information about Harry the Harrogate Elf can be found: here.