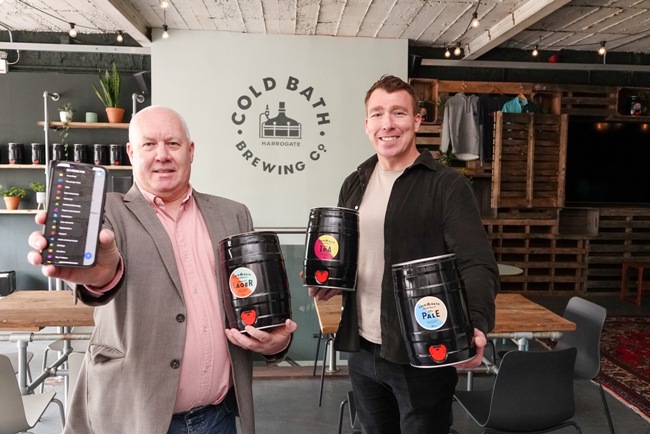 An early warning system which alerts bars, cafes and pubs to troublemakers drinking in town centre venues, has seen membership grow by 100 per cent in the last 12 months.

Last year Harrogate Business Improvement District (BID) – whose aim is to support the night-time economy – sponsored the relaunch of Harrogate Pubwatch, which included a new app for which gives details of all those who are banned from the town’s hospitality venues.

The technology also provides live information on anyone causing trouble within the town so that they can be excluded upon trying to gain entry.

Last month, Harrogate Pubwatch imposed a lifetime ban on someone found carrying a knife in a participating town centre venue. It has recently added three more people to the banned list – two for violence and one for drug use.

And two others who are already banned have had their bans extended for attempting to get into venues in the town.

The BID initially sponsored the scheme for 12-months, but due to its success – and a huge rise in venues coming on board – it has now extended it for at least a further year.

Harrogate Pubwatch operates under the National Pubwatch guidelines with the emphasis on ensuring everyone entering pubs and clubs can spend their time safely and enjoyably – and if anyone causes trouble in one venue, they will be banned from all venues which participate in the scheme.

It has also launched a Safer Nightlife Campaign, which is designed specifically to combat the sexual harassment of women in its venues. All participating venues are given training and materials to help them prevent, spot and deal with such behaviour in an appropriate way, which again is helping to make people feel safer in Harrogate’s hospitality venues.

Harrogate BID Manager Matthew Chapman said: “Harrogate is known for being a friendly and safe town to visit, and not just during the day.

“Two of the BID board directors attended Pubwatch’s AGM and it was really encouraging to hear about the success of the scheme, and how our support had been a key factor in this.

“Pubwatch is making a difference. It’s helping to keep the town safer, and we are extremely pleased to have the BID name associated with it, hence our continued sponsorship.”

Harrogate Pubwatch Secretary Alan Huddart said: “Twelve months ago, Harrogate BID helped us to relaunch with the new app, and I’d like to thank them for their continued support.

“Pubwatch is making a real difference, and over the last 12 months we have seen our membership grow by 100 per cent. It’s helping alert participating venues in real time about any incidents, and helping identify troublemakers in the process.

“Harrogate is a great town with superb pubs, clubs and bars. It’s a safe town and Pubwatch is helping make it even safer.”