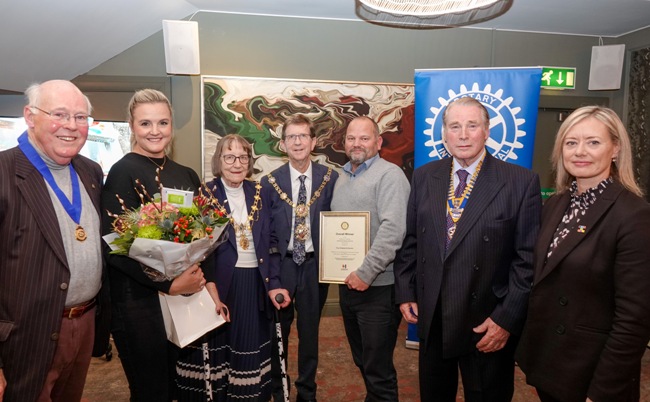 The winners of the Harrogate Christmas Shop Window Competition have been announced.

Thirty-two shops took part and Foxy Antiques & Interiors, located at the bottom of Commercial Street, has been named as the overall winner.

The judging of the windows took place on Thursday, December 2. The Rotary Club of Harrogate organized and carried out the judging, which involved 13 Rotarians, some with wives, two Soroptimists, and representatives from the Harrogate BID, who were supporting the competition.

Graham Saunders, who organized the judging on behalf of the Rotary Club, said: “We were delighted to be able to run the competition in the way we have done for a number of years. About half the shops were entering for the first time.

“The Judges could see the effort that had gone into the window displays. Harrogate is lucky to have so many independent shops who enjoy taking part in the competition”.

The competition was again supported by the Harrogate Business Improvement District. Sara Ferguson, the Chair of the BID congratulated all the retailers for making the effort to decorate their window for Christmas and take part in the competition.

She added: “I’ve never seen Harrogate looking so festive, and a big part of this down to the efforts of our town centre businesses. I’d like to thank the Rotary Club of Harrogate for once again organizing this annual competition, and to the shops who took part.

“We hope that members of the public will want to view the winning and highly commended windows when they are next in Town. To assist with this, we have created a Christmas Shop Window trail on our LoyalFree app.” she said.

The presentation of certificates to the winning shops was carried out last night, Tuesday December 7, as part of a BID event in the Yorkshire Hotel.

Coun Trevor Chapman, Mayor of Harrogate. John Fordyce, President of the Rotary Club of Harrogate and Sara Ferguson, Chair of the BID, handed out the certificates and congratulated the winning and highly commended shops.