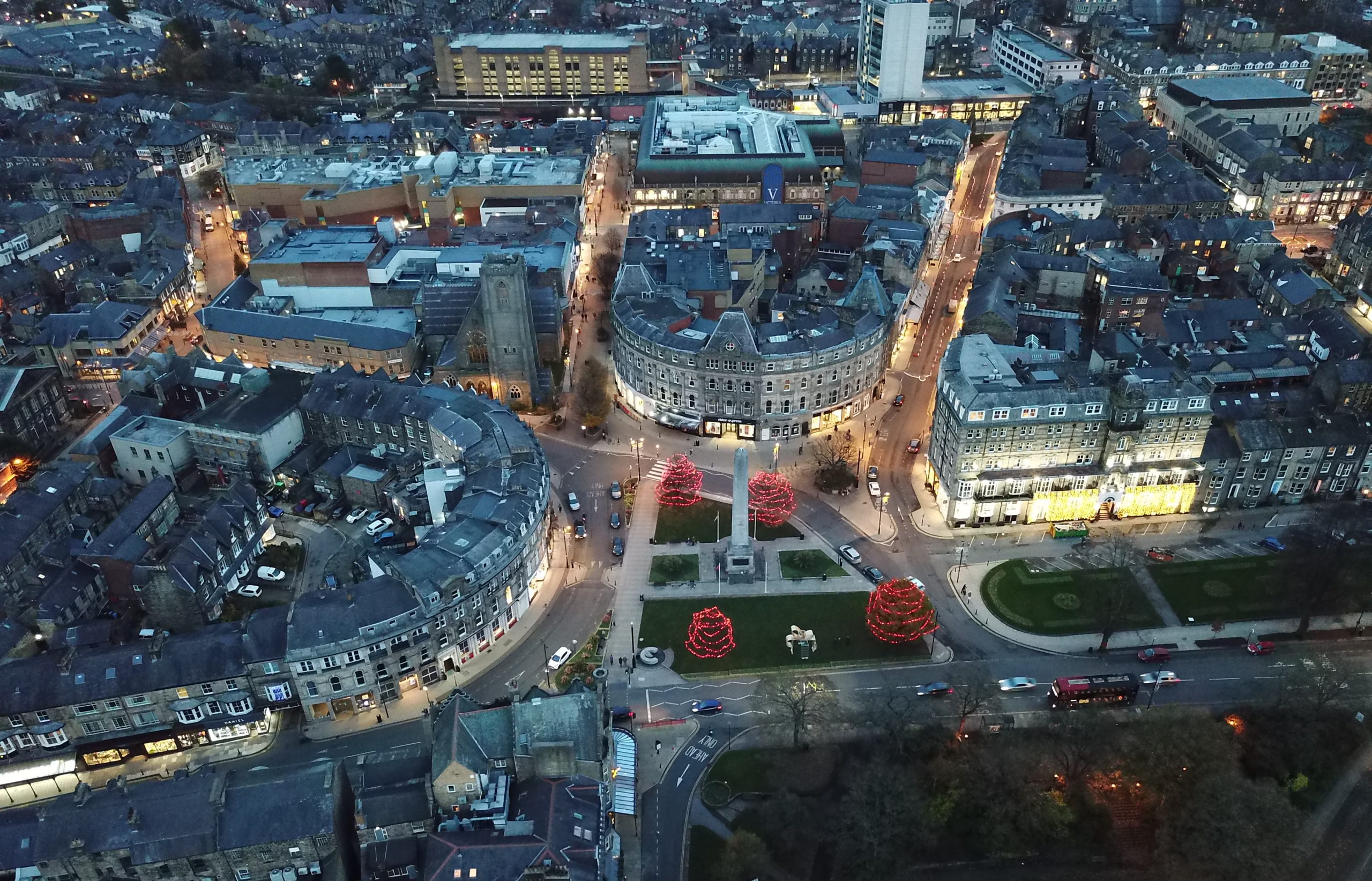 Whilst broadly welcoming the £7.9m investment, and the overall aims of the scheme, the organisation has urged caution saying that with the town centre economy being in a fragile state, it needed to be confident that the proposed changes will ensure Harrogate can thrive, and prosper, long into the future.

It noted that creating safer connections for cyclists and pedestrians would mean a reduction in space for people travelling by car – which was a clear trade off – a balance which helps to promote all forms of travel needed to be found.

The BID supports the two-lane proposals for Station Parade, but with one dedicated to buses and taxis only. It does not agree with the proposed two-way cycle lanes, as it does not form part of a connected and segregated cycling route, and would result in reduced space for pedestrians.

It also backs new, fully segregated cycle tracks on both sides of East Parade, which should be extended along Dragon Road to connect to the existing cycle route through Bilton to Ripley and beyond, connecting substantial residential areas to the town centre.

These cycle lanes could then connect to the railway station, adjacent to Victoria Car Park, and secure undercover cycle storage could be made available in the car park, with existing pedestrian links available to connect to the town centre, and the bus and rail stations.

In terms of the ‘public realm’ in front of Victoria Gardens Shopping Centre, Harrogate BID would prefer to see minor improvements carried out to this area, to roll back the effects of poor maintenance over many years.

This would in turn allow some of the funding to be invested in improvements to Cambridge Street, which is in a very poor state. Cambridge Street is the main pedestrian link between the rail and bus stations, and the actual centre of the town around the war memorial.

As to James Street, the BID would prefer to see the pavements widened in this area, with some loss of car parking, allowing a single carriageway for vehicles, with some short stay/blue badge/delivery bays.

In addition, the BID is asking for limited public realm improvements to the area adjacent to the Victoria Monument, and to provide a better pedestrian connection between Station Square and Albert Street, the Everyman Cinema building, Prince Albert Row and Library Gardens.

In its response, the BID also raises concerns that the current consultation process had not engaged the wider Harrogate community, and urged North Yorkshire County Council to consider sending details of the proposals via email, and post, to all Harrogate residents.

Harrogate BID Chair Sara Ferguson said: “A great deal of thought has gone into our response to the Harrogate Station Gateway Project, one that will have a major impact on our town centre.

“We are pleased the investment aims to create a step change in travel, and forms part of a much wider plan to tackle the climate crisis and deliver a more sustainable future for the town centre.

“We also hope this investment will help to support our journey to recovery, but urge that consideration is given to the consultation feedback to ensure that we capture the views and ideas of businesses, residents and visitors, to shape and influence the proposed plans.

“It is essential that we continue to invest in infrastructure for cars, particularly off-street car parking, park and ride, improved signage, and electric car charging to ensure that Harrogate can thrive and prosper for many more generations.

“We believe our comments and observations will enhance the proposals, and maximise the benefits accruing from the investment.”

The full letter of response can be read here.