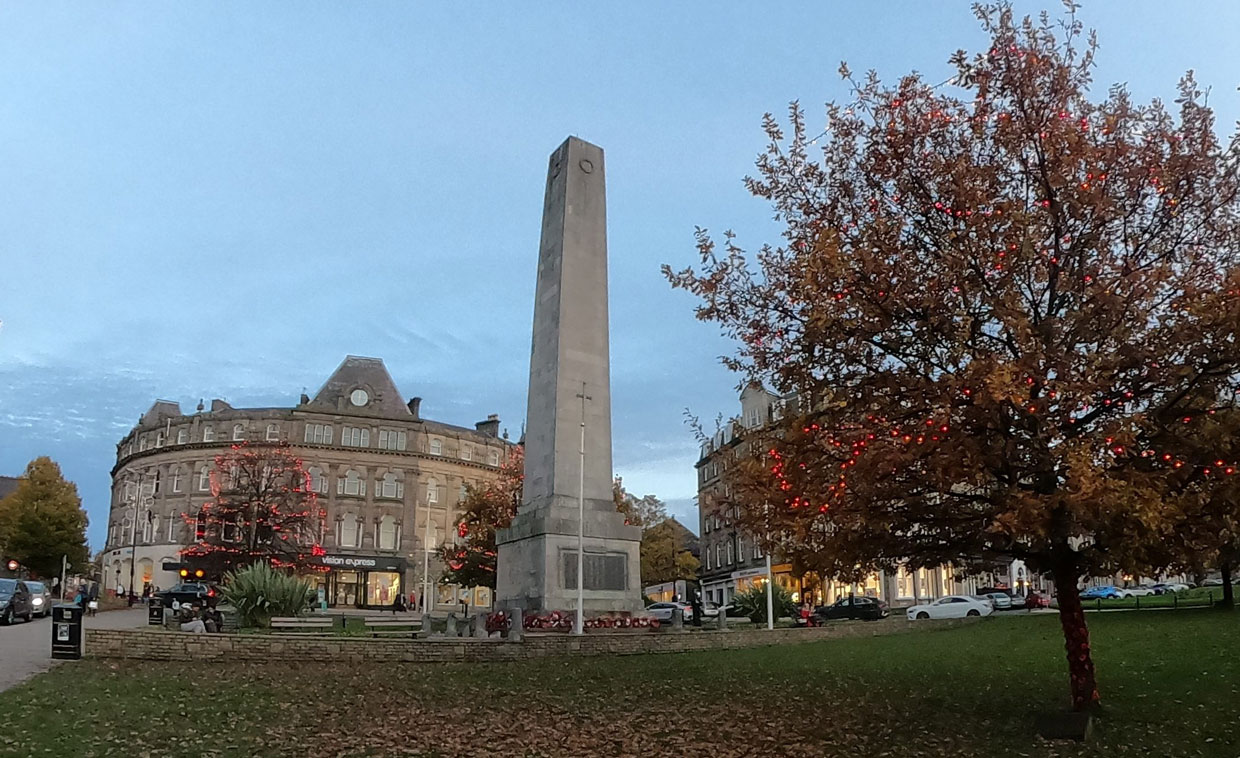 In addition to this year’s Christmas lights – which will be lit from Saturday 14th November – the organisation has had red pea lights installed in the four trees flanking the prominent tribute to those from the town who gave their lives in two world wars.

The lights, which were switched on at the weekend, complement the knitted poppies which have been attached to tree trunks, railings and lampposts in the Prospect Crescent area.

“In addition to the Christmas lights currently being put up around the town centre, we have had red lights put up in the four trees around Harrogate’s town centre war memorial.

“We believe the lights give an added sense of respectfulness to this memorial, which honours the memory of those men from the town who died in the First and Second World Wars.”