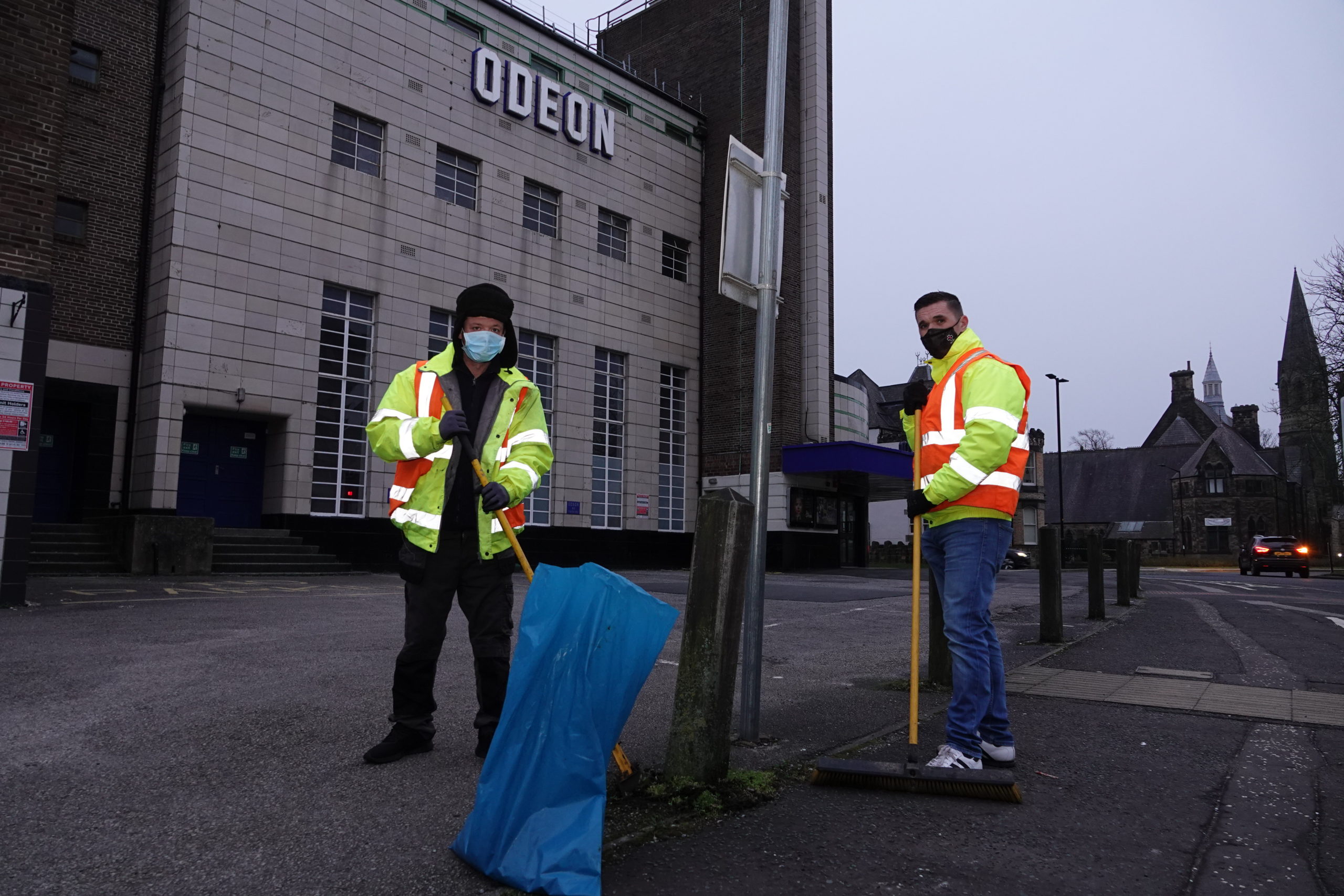 Harrogate BID’s (Business Improvement District) cleaning crew is back on the spa town’s streets as businesses prepare to reopen their doors next month (April 2021).

The team from UK Nationwide Cleaning Services have begun ‘washing and weeding’ footpaths including East Parade, Tower Street and Bower Road, including the ‘One Arch’ pedestrian tunnel.

In addition to removing weeds, the cleaning team will also be washing down the streets.

Last year, the Yorkshire-based cleaning company was awarded a four-year contract to clean pavements and street furniture in the retail heart of the town. Between April and December, it power-washed an area measuring 40,000 square metres.

Harrogate BID Chair Sara Ferguson said: “One of our remits is to build on the day-to-day work undertaken by Harrogate Borough Council’s street cleansing department, and to ensure Harrogate town centre continues to look at its best all year round.

“With Easter a month away, and ‘non-essential’ shops to reopen on Monday, April 12, we want the town to look clean, welcoming and inviting for the long-awaited return of customers, hence this early spring clean.

“The team from UK Nationwide Cleaning Services have already identified a number of ‘grot spots’ that they are tackling first, including East Parade and Bower Road.

“Once these have been washed and weeded, they will then move to other areas identified by the BID team.”