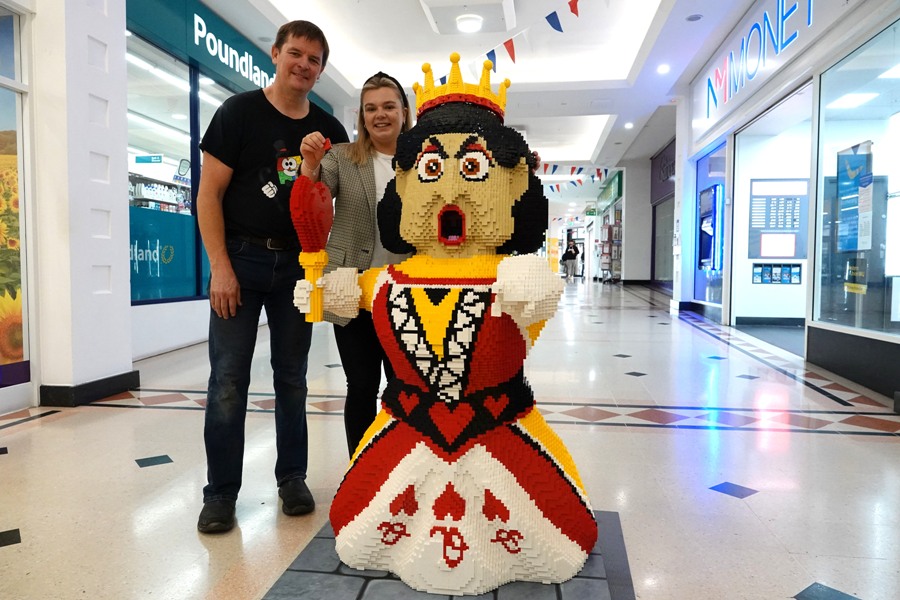 Characters from a classic children’s book have been given a ‘Lego-makeover’ for a new family friendly trail launching in Harrogate tomorrow. (Saturday, July 30)

Fifteen large scale Alice in Wonderland themed-models will be making their debut in a variety of different town centre locations, courtesy of Harrogate BID (Business Improvement District), before heading on a world-wide tour.

These sculptures, crafted from the iconic toy bricks, include Alice, the Mad Hatter, the White Rabbit, Cheshire Cat, Knave of Hearts, Dodo and Dormouse.

And the models for the Alice in Brickland Harrogate Lego Trail, which runs until Saturday, August 20, have been made by Yorkshire charity, Fairybricks, whose team of six builders have taken six months and more than 514,000 Lego bricks to create the masterpieces.

“This time we have gone for an Alice in Wonderland theme, and the models created by the Fairybricks team are simply stunning, and I can’t wait to see them in situ.

“These 15 models haven’t been displayed anywhere before, and after their Harrogate debut they will then be heading off to different events and venues all over the world.

“We are really excited to be bringing back the Harrogate Lego Trail. It was certainly one of our highlights of last year, and one that help take visitors into different parts the town.

“I’d also like to thank all the businesses that are participating in the Alice in Brickland Harrogate Lego Trail, who have made room within their premises to display one of the sculptures.”

The trail can be downloaded via the LoyalFree app, and last year more than 5,580 people took part in it, plus many more who simply enjoyed walking around the town finding each one.

The models can be viewed at the following locations:

The LoyalFree app can be downloaded for free from the App Store.